Parents please pay attention to your kids this summer 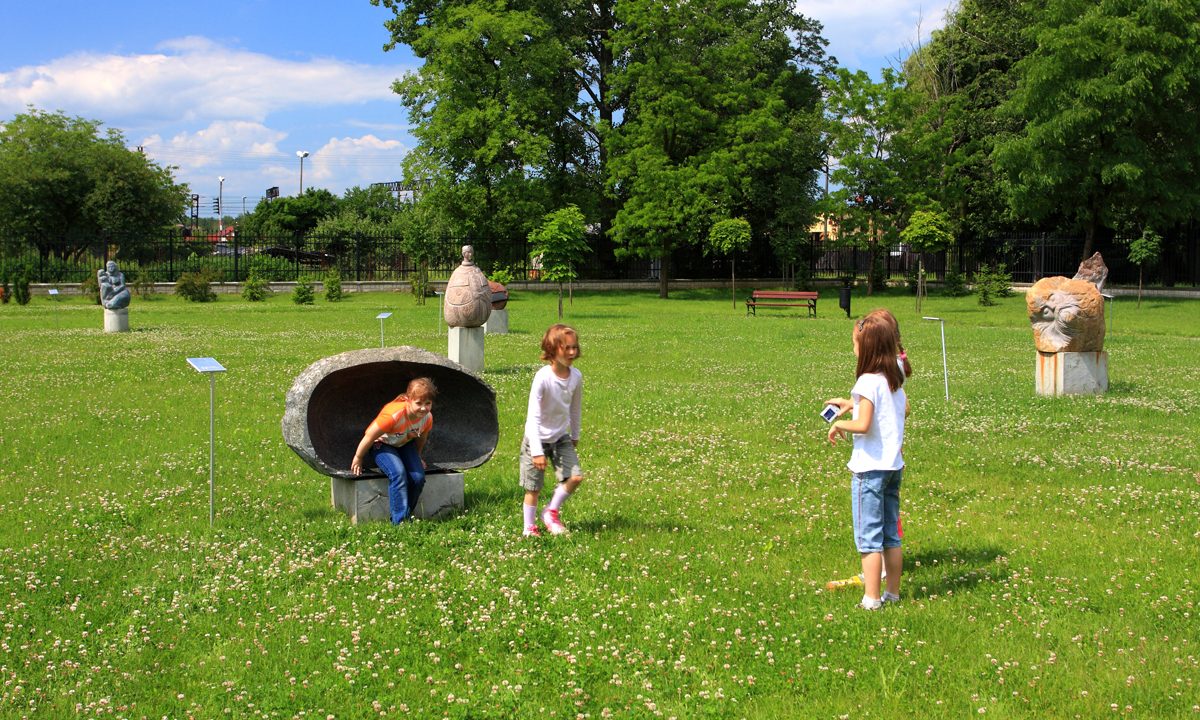 Summer means holidays for kids. A fruitful month to play, enjoy, roam with friends. It is healthy to sweat out with some sports activities but this summer is somewhat different from previous ones. The climate is changing and temperature is rising every year in recent times. Parents should pay attention to their kids during such adverse weather conditions. Kids should choose better place to play at the same time do not skip some early morning sunlight. But they should also keep their body cool and hydrated throughout the day. This year summer is hotter than last time and parents should take extra care to keep their kids healthy and energetic during their holiday time. 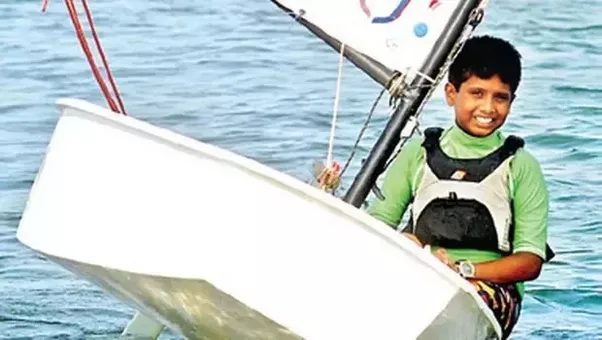 Voyager – a person who goes on a long trip especially on a ship. This is the definition given for a voyager. It looks like a tough thing to be a voyager. When kids around 8 years old might try to learn to cycle on the road, this kid ruled the sea. He was the youngest sailor from India who represented Asian games. Now, this might sound normal but sailing on the sea demands a lot of physical, mental strength, and the coordination between the both is also essential. Chitresh Thatha from Chennai is the kid who is undergoing rigorous training to get an International award for our country.

Chitresh Thatha was born in 2001 and begun sailing in 2009. His sister is the first motivation during his training with her. Chitresh realised that sailing comes naturally to him and to set the path through sailing. This took him from the school he studied in several countries including UK, Malaysia, Turkey, Ireland, France, Bahrain, the Netherlands and Malta. He truly loves being on the water and aiming high for medals.

Chitresh took part in Asian games in 2014 where he was the youngest contender from India. His passion for sailing kept him moving despite many challenges. Sailing required a lot of mental strength, necessary to deal with unexpected behaviours of the sea. Chitresh saw his sister competing in Laser Radial category and wanted to try it. The journey began at that moment and never turned back till now. He won the gold medal in India International Ragatta for under 12 categories in 2013.

Chitresh Thatha is a national champion in the Optimistic category where they use a small single-handed sailing dinghy used by children up to the age of 15. The budding champion observed the current of sailing sport in our country and wants to do his part for a bright future. He mentioned that India has never won a medal in sailing sport, not even in Asia level. He wanted to change that state and eagerly looking for a podium finish. He trains for 6 hours every day. Since he spends considerable time in training, sometime he skipped school for weeks. But his parents and teachers are very supportive which helps him to concentrate on sports.

Chitresh competed in Hong Kong Race week, a consistent event of Asian Sailing Federation Youth Cup. Forty sailors took part and Chitresh clinched silver medal in the Laser 4.7 class category. This is one of his long awaited achievement. This race consist 10 rounds where he finished first in three races (4, 7, 10) and second in race 3.

Although few awards bagged, it is worth to note that sailing is entirely different from other sports. He is a National Level sailor from India for the past 5 to 6 years in water sports. Chitresh is training extensively under the Yatching Association of India’s Chief National coach Pete Conway and assistant Umesh Naiksatam. He is aspiring to bring international acclaimed medals for India in sailing sport.

The number of medals can never measure a person’s capacity. It depends on the attitude when one is back against the war. Chitresh looks firm and looking forward to bring the great name for our nation. Let’s congratulate him for all his awesome efforts to make our nation proud. 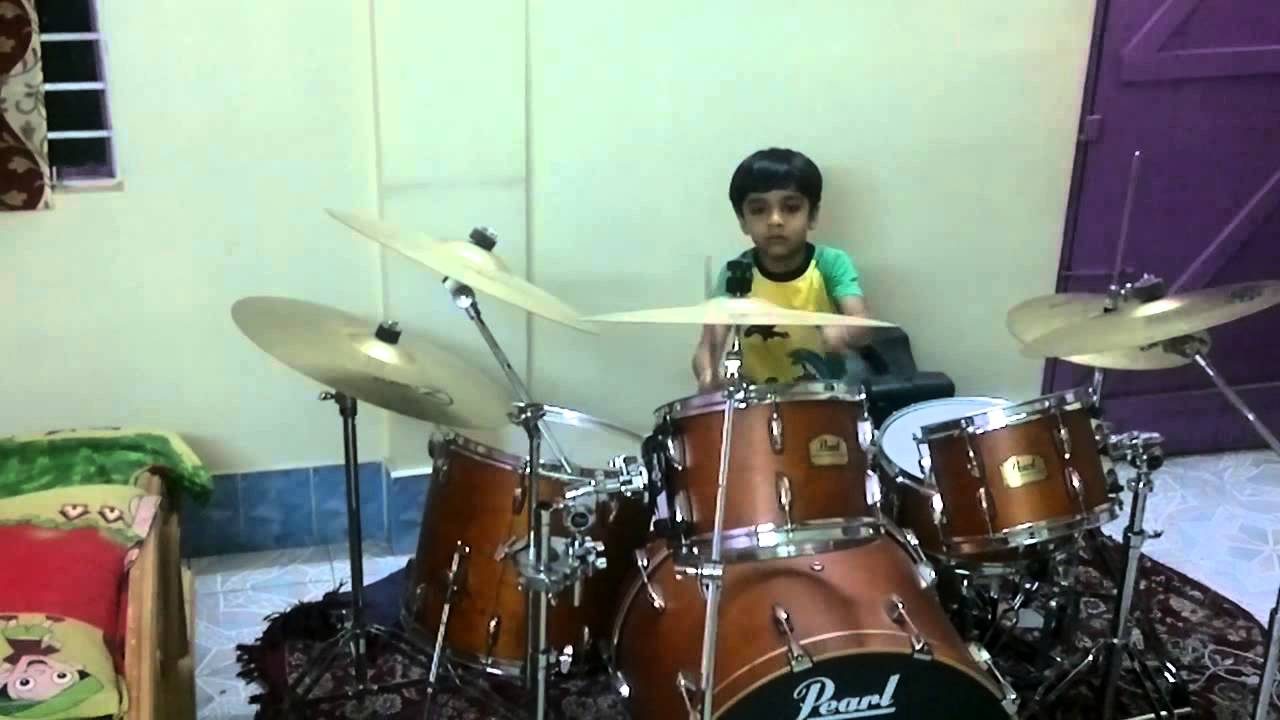 Heartbeat keeps humans alive but for this kid the drums beat is more than the heartbeat. Because his drums beat earned him a huge fan base and he is just 9 years old now. He has exceptional drums playing skills. Meet the youngest drummer of India, Anshuman Nandi. In social media platform he is known as the wonder kid. No wonder the public gave this name because he is an amazing drummer.

Anshuman Nandi was born in 2009 in Tripura’s east Pratapgarh area. His parents are Biswajit Nandi who is also a professional drummer and Reshmi Nandi who is a trained classical music artist. Since the family is involved in music, it is not a surprise to see the kid also to be in music. But the interesting thing is, anshuman picked up quicker than many students who learned drums from his father. Biswajit conducted drums class in his home and his son grew by watching these classes.

When he was just 10 months old, suddenly one day he picked up the drumsticks and played. His father thoroughly enjoyed it. He picked up the skills faster than his father’s students. Soon he could compete with elder students and outperformed them. Normally, one or two-year-old kids play with toys and practice walking and all other cool stuffs. Anshuman picked up drum sticks and continued to practice. His tireless performance and efforts earned him the National Award at 3, for his exceptional achievement at an event in Delhi. This is when he grabbed attention of the media and he performed in front of public.

At 4, he was all set to perform in one of the grandest stage in India, the SA RE GA MA show. As usual he stunned everyone with his awesome drums playing skills and his performance overwhelmed the judges. This talent show gave him an extra speed in progress and he got another chance to perform on one more stage. This time it is the India Got Talent show, which focused mainly on unique talents. These two key performances earned him a lot of fans base and he was all set to hit the next level in his journey.

Biswajit was all happy and proud father to see his son’s achievement. Anshuman is much more famous than his father and Biswajit couldn’t be prouder than this moment. He mentioned that a huge crowd of fans follows wherever his son performs.

Biswajit focused on his son’s performance on the stage but mother had concerns about son’s academic performance. She took utmost care of the fundamental education, which is essential for the future. Anshuman got good marks and also involved in sports activities. Even the movie makers were quick to approach this little wonder and committed him for a role in a Bollywood movie named as ‘Hindi Medium’. He played as a drummer in that movie which paved way for the increase of his fan base.

Today he enjoys the celebrity status and as always there is a strong foundation behind these milestone achievements. Let’s bless him to perform many more wonderful beats and steal more hearts of the fans.